Universal Right Association (URA) is a civil society organization dedicated to promoting and protecting human rights, the rule of law, democracy, peace and sustainable development prescribed in the Universal Declaration of Human Rights. URA focuses on creating awareness and advice solutions on social issues, injustices and human rights abuses which affects the daily life of people.

According to UNHCR and WHO at least 70.8 million people around the world have been forced to flee their homes. Among them are nearly 25.9 million refugees and more people are on the move now than ever before. (1) There are an estimated 1 billion migrants in the world today. (2)

Only in 2018, 13.6 million people were newly displaced, either as refugees or internally displaced people. The number of refugees and migrants is on the rise every year and we have to pay more attention to this new fact for social cohesion and peace in our communities and the world. (3)

According to Statistics South Africa, there were 2.2 million people were living in South Africa who were born outside the country in 2011. (4) Even though we don’t have exact numbers but the estimation of the population of refugees and migrants goes up to few millions today in South Africa. (5)

We talked with panelists about the contributions of refugees and migrants including the communities that they represent:

* What are their projects that contributes to South African society?

* What kind of projects they have during the lockdown to support South Africa?

* What are their recommendations to refugees and migrants in South Africa to contribute to SA more?

Injustice anywhere is a threat to justice everywhere. (M.L.King Jr.) 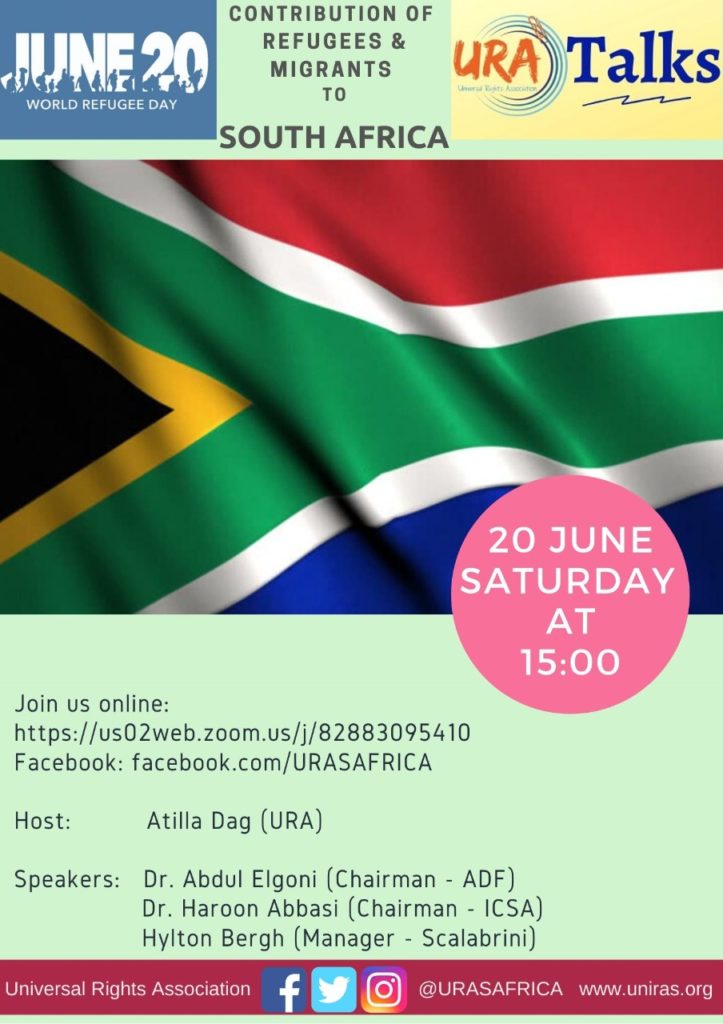 Next article Foreign organizations help all South African during Corona